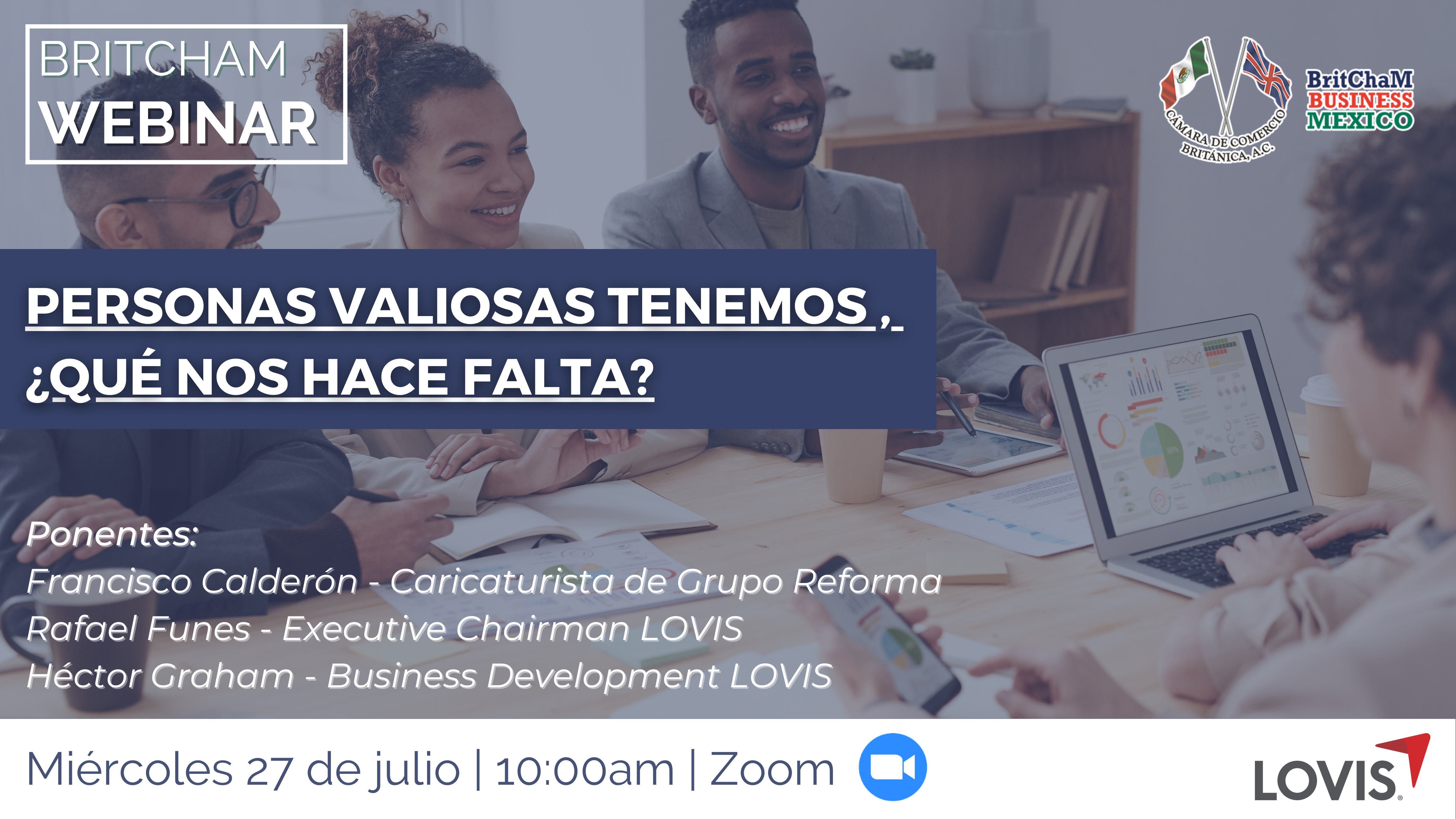 On the 27th of July 2022, BritChaM, in collaboration with Chamber member LOVIS, had the pleasure of hosting the webinar ‘We have valuable people; what more do we need?’. Gilles Vignal, Director of the Chamber, had the honour of welcoming our panelists Paco Calderón, renowned caricaturist from Grupo Reforma and Rafael Funes, Executive Chairman of LOVIS, who joined us to discuss what Mexico needs for national development.

At the beginning of the webinar, our panelists spoke about the differences between caricature in Mexico and the United Kingdom. English caricature contains a lot of criticism of society and politics, and in Mexico, many are afraid to criticise the government. The culture is very different, but people have always commented on society through the medium of the arts. This is a fact that has never changed. The countries of Mexico and England have very different perceptions of themselves, and this is something we can see very clearly in the arts. They also discussed the different components of Mexican culture, and the impact that the conquistadors and Spanish culture had on Mexican civilisation. Mexico sees itself very much as a victim, and this attitude has a profound effect on the country and its interactions with other nations.

Another interesting point that they talked about in the webinar was the Mexican attitude towards problems and problem-resolution. It’s very important to be creative when looking to resolve problems, and it’s easier to find effective solutions when there are different points of view. In the business world, it’s very advantageous to become an international business, because cultural exchange can provide a fresh perspective which can be very useful when looking for different ways to solve a problem. When businesses bring in new talent from abroad, it helps to create a company with more variety, and it has different strengths that can be a very powerful thing in the world of business. A diverse workplace helps to create a company that will flourish.

Additionally Paco and Rafael discussed certain issues with the Mexican political system. It was noted that many minority groups (eg. women, indigenous groups) face a lot of discrimination, however Mexican people are not prone to criticising the government very much. In comparison, it is interesting to see the levels of criticism against the government in the United Kingdom, because they are much higher than here in Mexico. The mindset of a country can enormously affect all parts of its culture, and this could be the reason why the UK has had so much success. It was viewed as extraordinary to see such a small country with so much success, and thus why Mexicans must be more aware of our mindsets and attitudes in the workplace.

To close the event, they once again touched on the topic of caricature and the impact it has on Mexican culture. To communicate through caricature is a very exact art, and is a very valuable medium. Caricaturists must capture what makes a person unique, and how they want to portray them to the rest of the world.

Many thanks to LOVIS for this fascinating webinar, and many thanks as well to everyone who attended. We hope to see you at the next BritChaM webinar, and that you have enjoyed this one as much as we have.