On Tuesday 5th of October 2021, the British Chamber of Commerce in Mexico hosted the 20th edition of our annual flagship conference Energy Day. This year, in anticipation of COP26, which will be hosted by the UK government in Glasgow at the end of this month, the focus of the event was sustainability and the energy transition. The overarching thematic title of the conference being ‘The Road to Glasgow and Beyond: The Mexican Perspective on COP26’.

After an entirely virtual Energy Day last year due to the global pandemic, BritChaM was delighted that this year we were able to host a hybrid event in line with the current sanitary regulations. Once again all the discussion panels were held online to allow for international participation from both speakers and attendees. However, to show our gratitude for their participation and support, we also invited our esteemed sponsors and Mexico-based speakers to two in-person events at the Club de Industriales in Polanco.

The first was the Inauguration Breakfast where industry expert David Shields and keynote speaker Angelica Ruiz, bp Senior Vice President LATAM, kicked off the day by sharing their insights on the sector’s current outlook. Later, following the main virtual event, we also welcomed guests to a Centennial Celebration Cocktail in honour of the Chamber’s 100 year anniversary, which we were unable to commemorate together in person in June. We were honoured to be joined by Alberto De La Fuente, President & Director of Shell Mexico, who presented to the audience before Energy Group President Rafael Daryanani & BritChaM President David Atherton brought the event to a close with final remarks. The Chamber would like to thank all our sponsors for their input, contributions and support, without which we would not have been able to successfully organise this conference for the past twenty years.

The Road to Glasgow and Beyond: The Mexican Perspective on COP26

Energy Day has certainly evolved in recent years with new formatting and a different sustainability-based approach and focus. Another change is the increasingly global perspective which has developed as a result of the event moving online. Energy Day 2021 welcomed speakers from across the globe to share their expertise regarding the energy industry and address the challenges facing the sector today. This included a warm welcome from the UK Ambassador to Mexico Jon Benjamin who joined us in our offices for the live inauguration.

New Technologies for Fuels: The Case for Hydrogen

More than 100 countries, including the UK and Mexico, have now pledged to achieve net-zero emissions by 2050, which has resulted in a demand for new technologies which can generate clean power on a global scale. In the discussion, the versatility of hydrogen was highlighted as a huge benefit. It was commented that most renewable energy sources work excellently for one sector or industry, whereas hydrogen can be used for: shipping, road transportation, aviation, maritime and more. The UK and Dutch governments are even looking to incorporate hydrogen into the national gas networks so that it can also be used domestically.  Evidently, hydrogen has potential to be used widely across different industries in the pursuit of net zero emissions. Despite this, it was also commented that technical innovation is required to ensure its scalability and to make it more cost effective. This was highlighted as a monumental task which demands huge coordination between the private and public sector. A final take away from the panel identified Mexico as a potential hub for hydrogen fuel production. Similar to the UK, Mexico is blessed with abundant natural resources – solar power in the north and wind power in the south. It was noted that hydrogen can unite these two industries and Mexico could become a supplier to the USA and Europe if such projects were lined up early.

The Financing behind the Transition

Next, we were delighted to be joined by Manpreet Singh – Partner in Climate Change at KPMG India, Neil Brown – Managing Partner of KKR, Maria Angelica Oliveira Luqueze – UK Export Finance and moderator Ana González Hernández – Director of Sustainability at Emerson. This panel addressed the issue of finance, considering what is required to secure investment for the development of large-scale sustainable energy projects.

First, our speakers emphasised that there is not one specific mould that projects must fit into in order to attract finance, rather it is necessary to be competitive. This entails not only focusing on the contributions the project makes to the energy transition, but also de-risking the project as much as possible overall. Other useful lessons were shared, one of which was that environmental sustainability necessitates political sustainability. This means designing and supporting policies which allow investors to think long-term. Another point which was raised was the need to partner with the private sector. The regulatory environment must be right, but public bodies need to also collaborate with domestic and international companies to show how such projects work in action. Finally, the panel outlined some key factors which many investors take into consideration with regard to sustainable energy projects: the type of project, how it is being developed and the impact on the country in which it is being set up.

How do Hydrocarbon companies face the energy transition?

More and more hydrocarbon companies are making the transition from integrated oil companies to integrated energy companies through diversification and the development of ambitious sustainability strategies. All our panellists agreed that the future of the sector is decarbonisation, however the challenge is meeting the global demand for energy whilst reducing greenhouse gases. Although this is a significant task, it was pointed out that the oil and gas industry’s capacity to evolve and change is also significant as has been proven throughout the latter half of the 20th century contending with rapid growth in demand and globalisation. The panel also recognised that COP26, among other global initiatives, has set the world on a track towards decarbonisation that will not be reversed, and the only question now is how quickly we will achieve said goal. Once again, as was mentioned in previous panels, our speakers stressed collaboration as key to driving a sustainable future and maintaining a healthy energy industry.

The Importance of Cybersecurity in the Energy Sector

The fourth and final panel discussion of the day considered the future of the energy industry from a different perspective, gathering UK leaders in the field of cybersecurity to share their expertise. BritChaM Energy Group President Rafael Daryanani moderated the session welcoming Meera Sarma – CEO & Founder of Cystel, Anu Khurmi – Senior Partner at Templar, Mike McKinzie – Manager for Latin America at Swivel Secure and Michael Powell – UK Government Cybersecurity Expert. As we heard throughout the day, energy companies are being encouraged to adapt rapidly to face new environmental challenges. An equally important point made by this panel was that it is also vital to ensure that your corporate cybersecurity defences are also capable of standing up to the barrage of new online threats.

A Final Thank You

BritChaM would like to thank all of our speakers and moderators for joining us for this very special 20th edition of Energy Day. All their contributions made for enriched and informative discussions and we are grateful for their participation. The support of our sponsors permits the event to return each year and allows the chamber to continue hosting the leading conference in the Mexican Energy Sector. Finally, we would like to thank all of those who attended the event online – we really hope that we can welcome you back in person next year for Energy Day 2022.

In September BritChaM was delighted to have Her Majesty’s Trade Commissioner for Latin America & the Caribbean, Jonathan Knott, visit Mexico and meet with key members of the Chamber board to discuss the British government’s activity for promoting free trade between the UK & Mexico – including the UK’s negotiations to join the CPTPP Asia-Pacific Trade Agreement.

Mr. Knott commended the Chamber for our 100 years of service as an advocate and facilitator supporting both the public and private sectors in Mexico. I also wanted to thank our broader community and our partners for continuing to strengthen the bilateral trade relationship between the UK and Mexico, ensuring that it thrives and remains relevant.

In this manner, he shared with us a special video message in honour of our centenial anniversary: 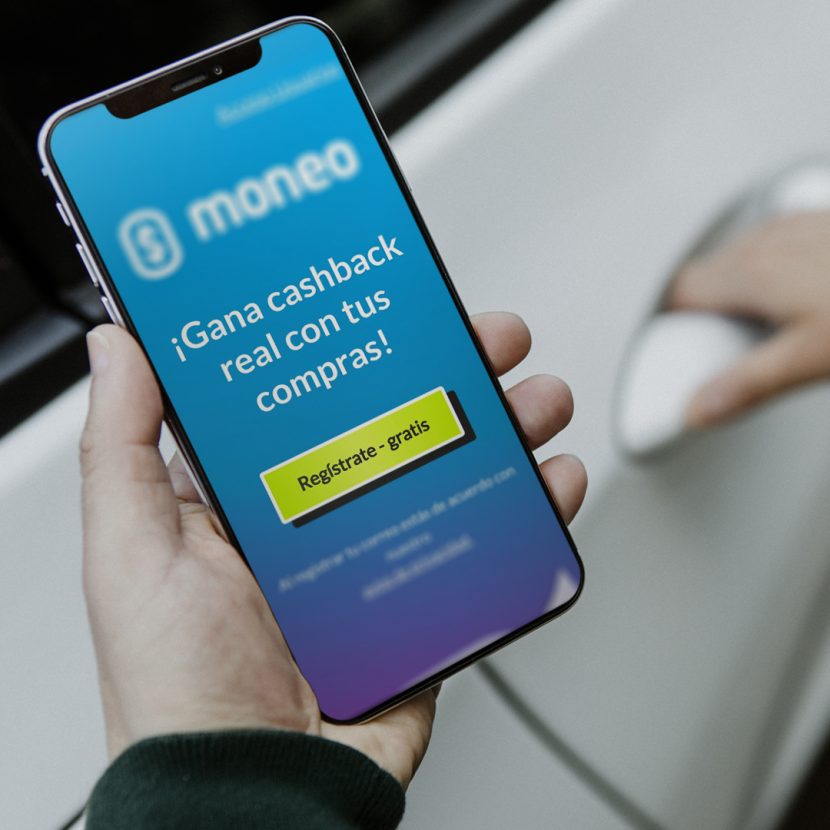 Congratulations to our Chamber member Moneo who has been selected as one of just 15 companies from a global pool!

Moneo, a new mobile platform that enables brands to deliver cashback rewards directly to consumers, has been selected to join the IBM Hyper Protect Accelerator. The global program, run in collaboration with Village Capital, provides technical, investment and business services to early stage technology companies that use sensitive data to deliver datatech and fintech solutions. As one of the 15 companies selected from a global pool, Moneo will benefit with 2 years of technical mentorship, access to IBM’s partner network and go-to-market support.

“We’re delighted to be one of the 15 companies selected to join the IBM Hyper Protect Accelerator and it validates the huge potential of our business. Data security and scalability are critical to our success and we’re thrilled to have the opportunity to work with IBM to build a solution that will help millions of people to save money,“ said Sam Carter, Moneo’s CEO.

Based in Mexico City, Moneo is the easiest and most accessible way for consumers to save money on grocery and other shopping. Users simply upload photos of their shopping receipts to earn real money rewards. Brands generate sales and get access to opt-in data that helps them to better understand consumers and their purchase behaviour. It’s a win-win solution and one that has the potential to positively impact the lives of millions of people.

About Moneo
Moneo is a new mobile platform that helps brands deliver cashback rewards to consumers quickly and easily. The service is a win-win: shoppers earn real money rewards for everyday purchases while brands generate measurable sales and get access to valuable purchase and consumer data.

About IBM Hyper Protect Accelerator
A tech startup program designed to build and scale the next generation of datatech, fintech and other tech companies that work with sensitive data.

About Village Capital
Village Capital is the largest organization in the world supporting impact-driven, seed-stage startups. Since 2009, Village Capital team has directly worked with more than 1,100 entrepreneurs in 28 countries and has invested in 110 startups that have gone on to raise more than $4 billion in follow-on capital. 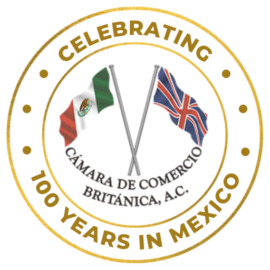